The Snow Queen, a new opera by Hans Abrahamsen, had its world premiere in Copenhagen in October 2019 at the Royal Danish Opera in Copenhagen. The show was a further step forward in the innovation started by Negrin in Copenhagen with the video mapping in Cunning Little Vixen and the laser guided scenery in Kafka’s Trial. Here the set was one of the first ever to integrate an LED pixel mapping installation, designed and programmed by Playmodes studio. It recreated the magic of the northern lights, snow storms and the surreal imagery found in the Hans Christian Andersen story and inherent in the beautiful colourist score. 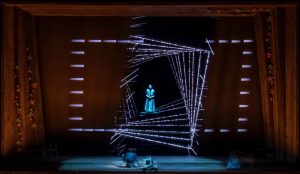 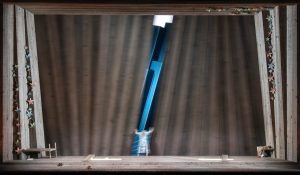 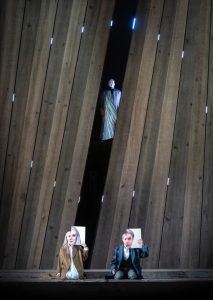 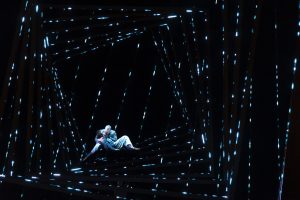 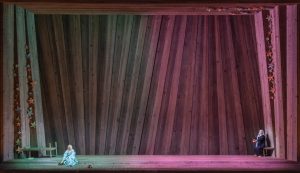 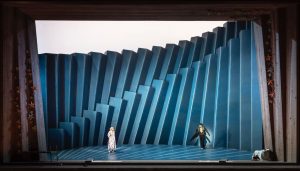